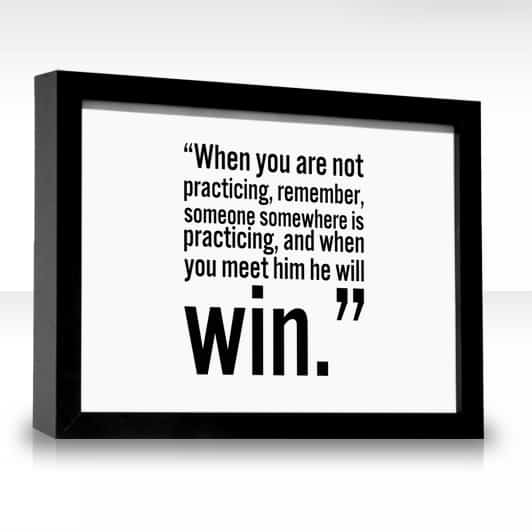 As we are hitting the tail end of the season, I’d like to share how I program our wrestlers’ training during the season. While it is very important to continue to train during the season, I’d like to preface this article by saying that the off-season is the most important part of a training program. Unfortunately, a phrase I often hear is “My son has wrestling season coming up next month and we need to get him stronger”. Let’s get this straight, once and for all:

THE OFF-SEASON IS THE TIME TO GET BETTER!! (Stronger/Faster/More Technical/Etc)

Can I get your son stronger in-season? Yes. Should that be the main focus? No, we should be maintaining and adding to the strength made in the off-season! When in-season, you should be immersed in your quest for a championship and sports practices take precedent over lifting. Not only that, but it is very easy to over-train during the season if you don’t know what you’re doing and/or continue with your off-season workouts due to the increased demands of sport practice. An in-season program should be simple, and easy to auto-regulate due to the ever changing landscape of in-season wrestling and student athletes. This would also apply to combat sports (MMA, Brazilian Jiu-Jitsu, Judo, etc.) “competition prep” as well.

There are many things to consider when training during the season. Is the athlete cutting a lot of weight? Do they have a nagging injury (sprained ankle, bone bruise, sore shoulder, etc)? Are they mentally tough or weak? Is there anything causing them to get a lack of sleep (finals, relationship problems, etc)? Have they been training for months or years? And finally, how do their coaches run practice? Some coaches run brutal two-a-days with lots of live wrestling and running which will break an athlete down much faster than a coach who has a different approach. All of these questions play a part in what an athlete will do in a given training session.

I prefer to look for the exercises that give us the most “bang for the buck”. We want to get in the weight room, train hard, and get out without any wasted time or energy. The exercises I use in-season are more limited than my off-season programming due to some exercises being too draining to the Central Nervous System (CNS) and therefore having a negative effect on future practices. Additionally, I will rarely add movements that are new to an athlete in-season to combat increased soreness and CNS fatigue.

Due to random schedule of wrestling, I have to be flexible. On average, I will see an athlete 1x/week while occasionally not seeing them at all or 2x/week due to an increase or decrease in dual meet and tournament competition that week. Because of the fluidity of schedule, and the many other considerations discussed previously, it is important to be prepared to make changes in an athletes programming. The following is a sample of how I structure our workouts, but it is not set in stone. I try to keep the big movements the same for 3 weeks at a time. If an athlete is tired or sore that day, the rep scheme will dictate a lighter load, if he is feeling great and moving well, we will shoot for heavy weights and possibly a PR. Additionally, due to heavy ab, grip, conditioning, and neck work being done during practice, I tend to stay away from that in-season.

NOTE: Each session is started with a warmup consisting of footwork drills, dynamic stretching, mobility, soft tissue, and pre-hab work as needed by individual needs of the athlete.

Backward Lunges (I prefer doing these with the Spider Bar, but a straight bar or DB’s work as well)

Zercher Squats (If athlete is accustomed to them)

*Learn how to do these properly, if you are squatting down and not feeling a stretch in your hamstrings and glutes and/or if you’re feeling it in your lower back, you are doing it wrong!

**Do we do pullups and other vertical pulls off-season? Absolutely, more than I can count. I will also occasionally throw in pullups in-season, however, I strive for more horizontal pulls as wrestlers’ shoulders are always in a state of internal rotation during competition/practice. Horizontal pulls combat that, vertical pulls could potentially exacerbate it.

Always remember that the most important thing during the season is the competition. Stay away from really pushing an athlete 1-2 days before a tournament or dual. The potential for a decrease in performance due to soreness or CNS fatigue is too great to risk it. If an athlete would like to train during that period, keep it short with light, fast, and explosive movements. These sessions are known as “Neural Charge Training” (credit: Christian Thibadeau) which will be discussed at a later date on this website.

The best athletes are the most consistent ones…in EVERY aspect (technique, strength, conditioning, recovery, etc). Don’t waste an off-season of tough training to get stronger, faster, and more powerful by discontinuing your training during the season. Use these tips to stay strong, healthy, and far ahead of the competition! Good luck and see you at the top of the podium!