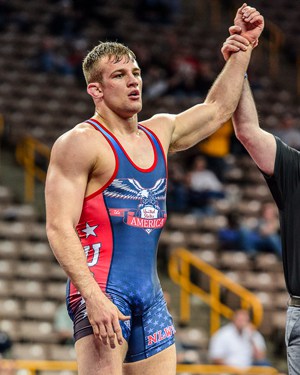 You heard it here first. The website is shutting down and we’re all gonna go our separate ways. It was great knowing y’all.

I’ve actually heard that sentiment a few times this past year from both coaches and parents alike who believe all you need is technique to win at a high level. Let’s break down why that couldn’t be more wrong.

Before we begin though, let me address one thing:

So there, that’s out of the way. Great technique is obviously the priority for wrestling. But where do we go from there? Here’s how strength and athleticism can impact wrestlers at the highest level.

The year I took second in the world I learned that I had to get stronger. I felt that the top guys were much stronger than me

Studies conducted on National Team Trials participants have shown the wrestlers that win and make their Country’s National Team are Stronger, Faster, and Better Conditioned than their opponents.

While this shouldn’t come as a surprise, it’s a glaring point. In fact, one study attributed 45% of wrestling success to physiological factors (strength, speed, conditioning):

And this isn’t just one study! There is a large body of evidence spanning both genders, High School/Junior/College/Senior Levels, and all wrestling styles. Here are a few more:

Take the above for example. These are ELITE wrestlers. Either 1st or 2nd at their respective National Team Trials. You would assume it’s a very small gap. Yet, when you look at the variables, the differences are striking. On average, the winner has a stronger grip, stronger back, higher strength to weight ratio, and can jump higher (lower body power) (2).


“In order to become a wrestler one should have the strength of a weight- lifter, the agility of an acrobat, the endurance of a runner and the tactical mind of a chess master.”

How about some good ol’ common sense now

That shouldn’t be news. With technique and tactics being equal, the stronger, faster wrestler will win. This is obvious. This also brings out some problems though.

So why do some people think you don’t need strength?

Now we get to the interesting part. Especially in middle/high school wrestling, if you have great technique, you’re going to go far. 30-40+ wins are an expectation because you just plain out wrestle everyone you face. The problem comes when you face someone equally as technical (State Series, National Tournaments, etc). If you haven’t been increasing your strength and speed, you’ll be outmatched.

One of the worst things you can do as as wrestler is neglect your strength/power/speed development in high school. When you get to college, everyone is good and everyone knows proper technique. If you start college without any strength training, you’ll be at a tremendous disadvantage.

To get a Custom Wrestling Workout and gain the upper hand, check out our StrongerWrestler wrestling workout system here. 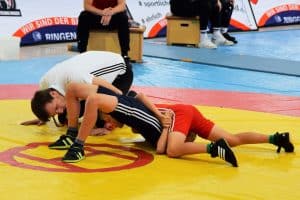 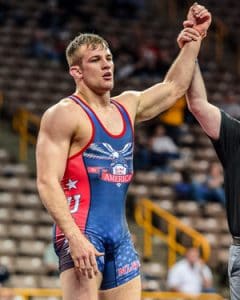